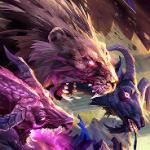 Mythical hasn't added any friends yet.

Well this is my first actual post beside my Intro and replies.

So about Crossout: I'm currently downloading it now on Steam, i have been following this game since it cam in Beta and decided to join in.

Join the Open Beta of Crossout, the post-apocalyptic MMO Action game! Craft your unique battle machines from dozens of interchangeable parts and destroy your enemies in explosive PvP online battles!

CROSSOUT - The Road to Apocalypse

In 2027 a mysterious viral epidemic known as the ‘Crossout’ swept the planet, countries and populations simultaneously began to fall at an alarming rate all over the Earth. Those who did not die in the first few days, were plagued by hallucinations and headaches, many people went mad, others and committed suicide. The source of the disease could not be detected but the cities that were once the vibrant social and economic beacons of humanity were left ravaged and deserted.
Survivors gradually began to change — after fifteen years of transformation, the changes became visible. The most noticeable metamorphosis occurred in the eyes of the affected — some began to glow, while others resembled black holes. To hide their unnatural looks and conceal the mutation, people started wearing padded clothing and sunglasses.

Twenty years have passed after ‘Crossout’. Humans still remember their life before the disaster. As always, there are groups trying to recover the old world, while others enjoy the chaos and destruction. But there are those who are not human any more. They hide their faces behind masks, and their motives are unknown.

Well this is the End of this post but if you really look at it, it does not require much and is a pretty Heroic game.

Also this game is from the makers of 'War Thunder' and 'Crossout' is still in Beta i think...

this post letters were supposed to be in colore but i guess it didnt take..

I did see you but not for long tho...

I recently played on your servers and had alot of fun. Some fellow kind players suggested me to check it out. So far i'm impressed.

I am from South Africa thats why i don't say my real name cause it would just sound strange but call me Mythical or Myth like most do  :drink2:

Well i hope to get to know u all and maybe join here permanent.