1 reply to this topic

Brand new survival city builder Endzone - A World Apart is now available in early access, but even at this state the game has a lot to offer. Developers continue to work on it and already have a roadmap of future updates. They also listen carefully to player’s suggestions and resolve bugs & issues.

The events are unfolding in the post-apocalyptic world, 150 years after the humanity suffered a devastating nuclear explosion. Only few people were able to survive this long while staying underground, and now they return to the surface in order to fulfill their mission – rebuild what was destroyed.

You, a leader of this settlement, have to guide your citizens and help them to survive different disasters, such as sandstorms, contaminated rain, droughts, unpredictable climate changes and radioactivity. Build the houses, develop infrastructures and ensure the survival of your people by fulfilling their basic needs, such as food, water, happiness, motivation and health.

How To Play Trailer 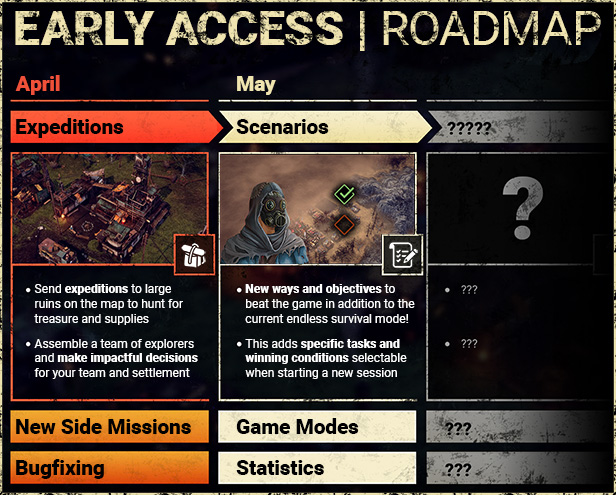 nice but definitely inspired by frostpunk