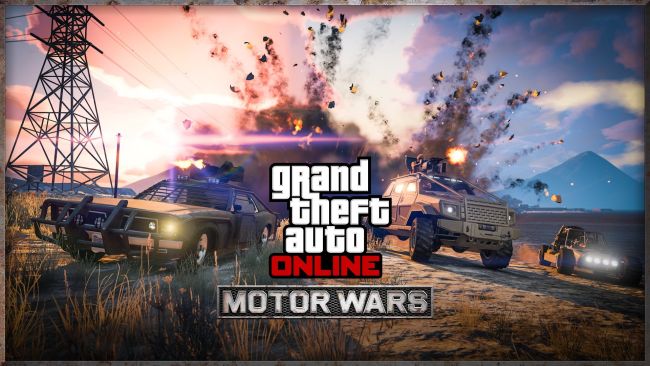 The Smuggler's Run update to GTA Online that was announced last week rolled out today, and it brought with it an unexpected surprise: A new and very familiar-sounding Adversary Mode called Motor Wars that Rockstar described as a "tense battle for survival" in which players scrounge for weapons and do battle inside an ever-shrinking "kill box."

"Blending the adrenaline rush of Drop Zone with the claustrophobic tension of a match of Penned In, this brutal Adversary Mode is a deadly scavenger hunt where second place is not an option," Rockstar said. "Up to four teams parachute into a periodically shrinking kill box strewn with a lethal assortment of guns, explosives and Weaponized Vehicles. Work together, find a vehicle, and fight opposing teams and the shrinking map to survive and win."

Minus the gunned-up cars, that's Playerunknown's Battlegrounds, and while Rockstar doesn't mention the monstrously successful Battle Royale game by name, it's clearly aiming to capitalize on its success. The move also validates our recently-shared opinion that GTA Online should have a Battle Royale mode—and even better, our prediction that it would eventually get one.


The Smuggler's Run update also adds a customizable aircraft hangar, "complete with a complimentary Cuban 800," and seven new aircraft including helicopters, vintage fighters, and even Cold War-era bombers. Naturally, there are also new cars in the mix—the Vapid Retinue and the Grotti Visione—and some sweet new duds to wear out on the town.

Back to Other Games