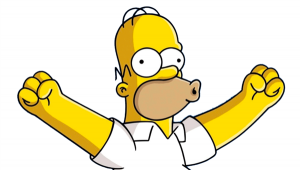 Welcome to the forum Zeus.

I will I love Payday 2

Here are the first WWII gameplays.

in my opinion it looks sick.

(All captured at E3)

Looks epic, but it's more like battlefield in my opinion.

So on my last suggestion stelthi replied of making maybe montage for the team?

I'm not the best editor but I can make montages here are my projects:

I used to be a editor for a clan called "RawR" But the clan just quit one day.

I have alot more but they are a bit old.

(Sorry that I am posting so much suggestion posts, I have just to much ideas :D)

So I really want to play alot on the nN servers but there are only people online on Cross and Killhouse. (Sometimes Nuketown nad FFA sniper)

And I thought why do we have lots of servers but nobody is playing on it?

Why don't we just make room for new Gamemodes alot of people play instead the servers that are only busy on events?

Like Hide and seek it's a really cool gamemode but nobody plays it.

Or HC domination seems a normal gamemode but nobody is really into domination there more into promod SnD and TDM.

I don't want to get all servers deleted but I understand that you just can't buy lots of cod 4 servers seems to me really expensive.

Or advertise somewhere so more people see like hey that's a cool server let's hop on there and then he calls his friends and then they stay forever on these servers.

It's just a suggestion but hope you guys understand :).

So recently I played some promod snd servers on Nuketown. And that is really fun.

So why not making a nN| Promod SnD Nuketown Sniper server?

We can have so much fun with the team into this gamemode.

And also add finalkillcam feauture for some great moments.

Maybe with some custom sniper nN skins, and if you guys want faster sniper zoom in. Instead of the normal time to zoom in.

This could be a really good server.

As Runny suggested killcams I came to the idea why not adding Final killcam?

If you don't want to add it to crossfire then why not for Nuketown?

It can show nice moments.

Why are we not gonna play Age of empire or Rise of The Nation for a event ones. Me personally I really like these games alot!


#32993 What games would you like to see get remastered or get a sequel?

Definitley they have to remaster Black ops 1 one of the best call of duty in my opinion out there!

- More and better killstreaks for the highest killstreak

- A way to vote for new gamemodes

- fix some glitches like sentry stuck or uav isn't calling in

[color=#ff0000;]If you have more suggestions please leave them down below[/color]

My name is TracKz I'm a 16 year-old-boy from The Netherlands.

I love playing games especially Call Of Duty I'm a fan of Hardcore Gamemodes like TDm and DM.

I can also quickscope and play alot of deathrun servers.

Steam/Skype/Raptr : I have skype  and discord my skype is: Goudrandje33

Games that you play on : Call Of Duty 4


[color=#afeeee;]How many hours do you play on our servers in average ? : I play mostly from 2-5 hours.

Why do you want to join us ? : on the Nuketown server I never see a nN member and there alot of hackers on there so I want to be part of team so I can notice you guys when there's a Hacker active. But I also want to join because this clan looks really friendly, and I always wanted to join a Clan!

Why should we accept you/ What can you bring us / Which is your personal talent ? : I'm really good player on the HC TDM Nuketown server  I'm mostly always on top of the score board and I'm a friendly and active Guy!

Have you been in another clan before ? Which one(s)? : I have not been in any clan yet.

Adittional info : I really hope you accept this Applications.   [/color]