Football is back for its annual (and usually only) video game. Madden's new career mode, Face of the Franchise, adds some RPG elements into the mix, but axes the story-heavy singleplayer modes the series had the past few years.

August 6 | Triumph Studios | Link | Strategy
“Fallout, but on a galactic level,” as Triumph Studios’ CEO Lennart Sas put it, is a hell of a pitch, but for now it seems more like a healthy marriage between Sid Meier's Civilization and Command & Conquer. Medieval trappings are traded for cyborgs and cryosleep chambers, and combat apes some of XCOM’s turn-based teamwork. Personally, I just want to see what Triumph’s take on 'Space Vegas' looks like.

August 6 | From Software/General Arcade | Link | Action
The remaster of From Software's 2004 mech action game looks absolutely nuts. The original Metal Wolf Chaos released as an Xbox exclusive in Japan only, so this will be the first time it's easily accessible in the West. Did we mention you play as the 47th United States president?

August 8 | Route 59 | Link | Visual Novel
Most of us are dead to the world before our first cup of coffee, but this visual novel-ish adventure game takes it a step further, set in a supernatural cafe where the dead get to enjoy one last brew.

August 20 | Gunfire Games | Link | Shooter
Gunfire sports some great ex-Darksiders team members, and that love for a grim, devilish aesthetic shows in this third-person shooter that gets really damn weird at times. In between the tree demons and giant wolves, there’s something going on with procedural generation? Cool.

The studio behind Lost Sphere and I Am Setsuna, Oninaki is a throwback JRPG with real-time combat. You play as Kagachi, a warrior who lost both of his parents at a young age. Publisher Square Enix describes Oninaki as a "story of life and reincarnation." 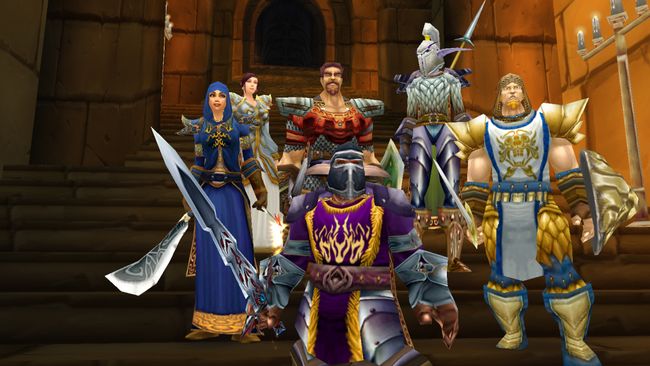 August 27 | Blizzard | Link | MMO
Everyone knows vanilla is the best flavor. WoW has evolved so much over the past decade-and-a-half that it’s basically a different game these days, but there’s enough demand for its original trappings that Blizzard is going all in on it. Check out our big preview to see how Blizzard is emphasizing old school gameplay and guild-building.

August 27 | Panache Digital Games | Steam | RPG
Like that old Jurassic Park tagline: An adventure millions of years in the making, and this time it’s from the creator of Assassin’s Creed. As an ancient primate, you’ll fight for survival by hunting deadly wildlife and making alliances with other tribes. Don’t get too attached to any one primate, though, since the idea is to transfer everything you’ve learned down your bloodline across millions of years.

August 27 | Remedy | Link | Action
Remedy’s Quantum Break was good, but not great, and ran a bit poorly on PC upon its initial release. Control looks like Remedy are trying to refine the reality-shifting gunplay of Quantum Break, adding in more environmental destruction and a more open-ended quest structure. As Jesse Faden, you discover a labyrinth that serves as the headquarters of the Federal Bureau of Control, which can only mean good things. After acquiring a transforming gun, Jesse becomes the bureau’s new chief and must stop a destructive force corrupting all the bureau’s employees. And you thought your job interview was rough.

August 30 | Supermassive Games | Link | Horror
Until Dawn was a campy but enjoyable PS4 horror game, featuring a bunch of people you might recognise from TV. The good news is Supermassive is aiming to make two (probably smaller) games just like it per year as part of the "Dark Pictures" anthology, this time coming to PC. Man of Medan takes a cast of attractive people and traps them on a huge ship that’s definitely full of ghosts and tetanus.

August 30 | Bloober Team | Link | Horror
If you dug the Layers of Fear games (or the sci-fi Observation), then goods news. The same team is doing this very out-of-nowhere survival horror take on the infamous 1999 movie that helped pioneer the found footage genre. Plenty of awkward standing in corners for everyone!

Summer 2019 | Mooneye Studios | Steam | Adventure
Like a much prettier, far more pleasant version of Wild (that animal-possessing game from BG&E’s Michel Ancel), Lost Ember has you hopping from wolves, to birds, to fish, to little moles deep beneath the earth in order to discover how an ancient civilization fell. It’s quite vivid, especially when you’re surrounded by 100 colorful birds in mid-flight.

Lost Ember's announced release date was July 19th but after an eye-opening round of QA testing the developers chose to push back the launch date. In Mooneye's dev log video, the developers say they hope to only delay by a few weeks, but haven't settled on a new date yet.

September 13 | Gearbox | Link | FPS
Borderlands is baaaack, and it still looks a whole lot like Borderlands. That's okay—give the people what they want. We've got four new vault hunters, loads of returning characters, more than a billion guns, and a whole lot of lootin' and shootin' to do. The villains this time around are the clearly evil-looking Calypso twins, Claptrap's back (sorry) and you'll be journeying to multiple planets, not just around Pandora. You can read a ton about Borderlands 3 here in our comprehensive guide. By the way, it's exclusive to the Epic Games Store for six months. 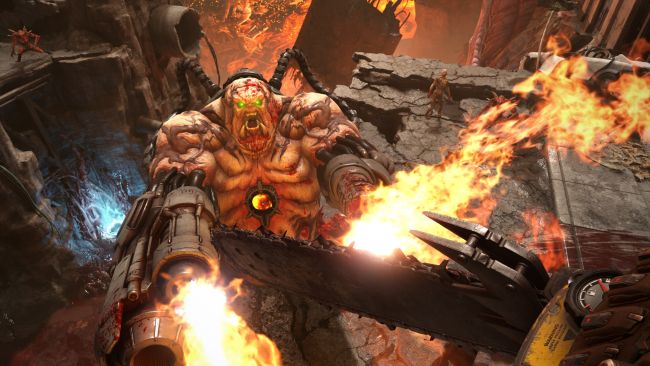 November 22 | id Software | Link | FPS
Doom Eternal brings hell to Earth, a nice change of setting from 2016's excellent reboot. Expect to fight twice as many demons in this instalment, using a brutal upgraded armoury. This includes a new version of the Super Shotgun, which features a grapple-friendly 'meat hook' on the end, and hopefully a ton more ludicrous weapon mods.

October 25, 2019 | Obsidian Entertainment | Link | RPG
With original Fallout designers on-board, The Outer Worlds looks like a cross between Fallout and Firefly, taking us to a funny and bright-looking sci-fi universe. For Fallout fans who didn't love 76, this should scratch that New Vegas itch. Wes saw it in action recently—here's what he thought of Obsidian's latest. Also, you may want to know that it's a one-year exclusive to the Epic Games Store (but also on the Windows Store, just no Steam).

December 10 | Piranha Games | Link | Action
If you, like us, have been waiting 17 years for a new singleplayer MechWarrior campaign, this will be a huge deal in 2019. MechWarrior 5 will let you explore and liberate apparently hundreds of planets from enemy strongholds, fully customising your mech along the way.

What started as DLC for Hollow Knight, starring Hornet as a playable character, apparently could not be contained. It's become a full game, a sequel to Hollow Knight, with a new setting, 150+ new enemies, a quest system, and doubtless much more. Whereas Hollow Knight was about descending deeper into the depths of Hallownest, this game will see Hornet climbing through a new kingdom to reach a peak. Team Cherry haven't mentioned a release date, but seem to be well into the game from what they've shown.

Lost Ember, Outer worlds and borderlands 3 look very nice.
But I don't think I will buy borderlands 3 on epic games. Would rather have all my borderlands games on 1 platform, so waiting for the steam release

I was curious about Man of Medan and Blair but looks like they're not without faults, regarding steam reviews

But the idea of Dark Pictures is good, if story is solid