It’s a 1 year anniversary of the game Frostpunk from the team who created This War of Mine and other less popular titles earlier. Recently I hit over 200 hours of gameplay, which, I thought, wasn’t possible since many players complained on the lack of content. However, 11 bit studios continued to work on this game after release, updating it with more interesting features. 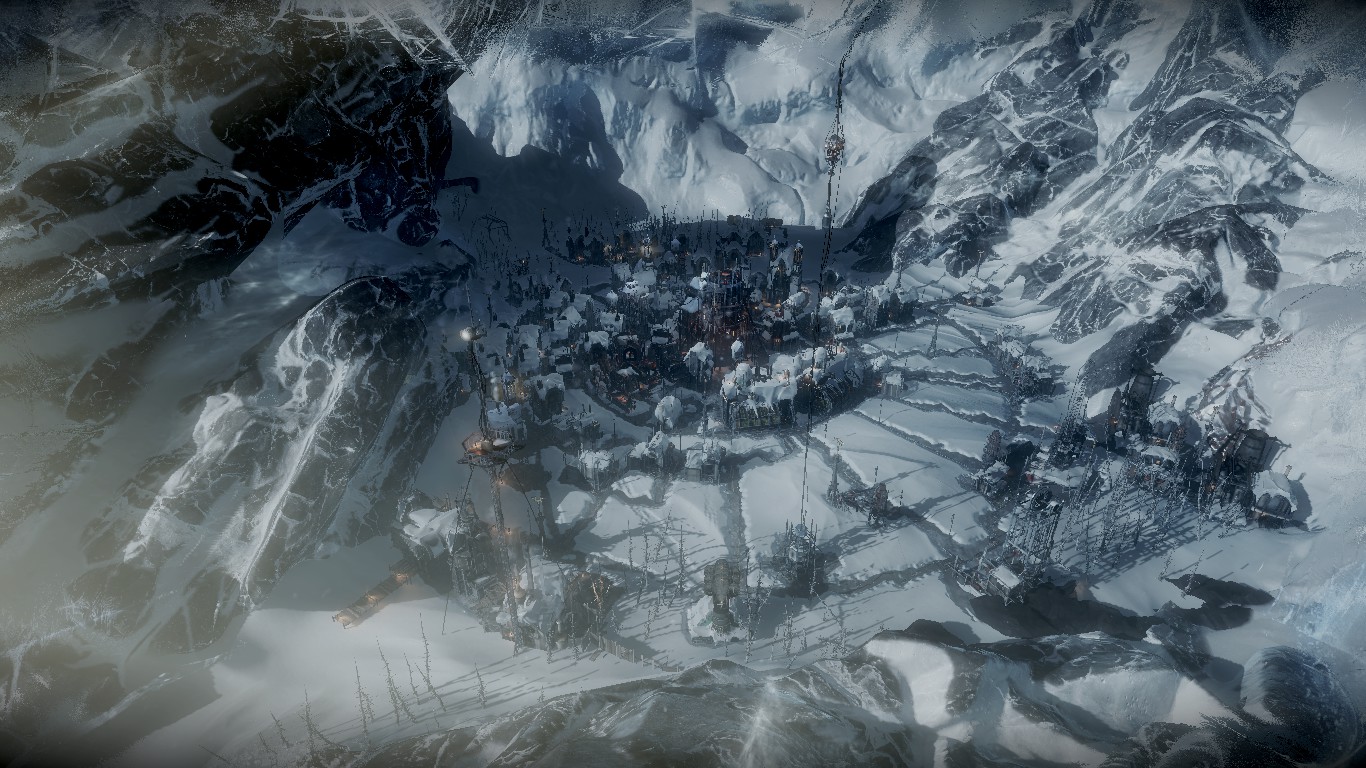 So, what is it about?
Frostpunk is a good mix between city builder, survival and strategy game with beautiful graphics and charming music. You’re playing as leader of small city which has to survive through the storms in conditions of gradually decreasing temperature.
All of your choices will have consequences which in summary affect 2 important factors of your citizens: hope and discontent. Once hope goes low or discontent becomes extremely high, your people will banish you from the city. But there is no way around it: during your rule you’ll have to sign laws and make significant decision which will often lead to more difficult choices.
For example, if you’re in lack of workers, you can put kids to work but your people won’t support such decision and will try to fight against it. Or, if you don’t have enough coal to provide the warmth in houses, you can force people to work 24 hours in a row, but it will dramatically increase discontent and may cause serious injuries. 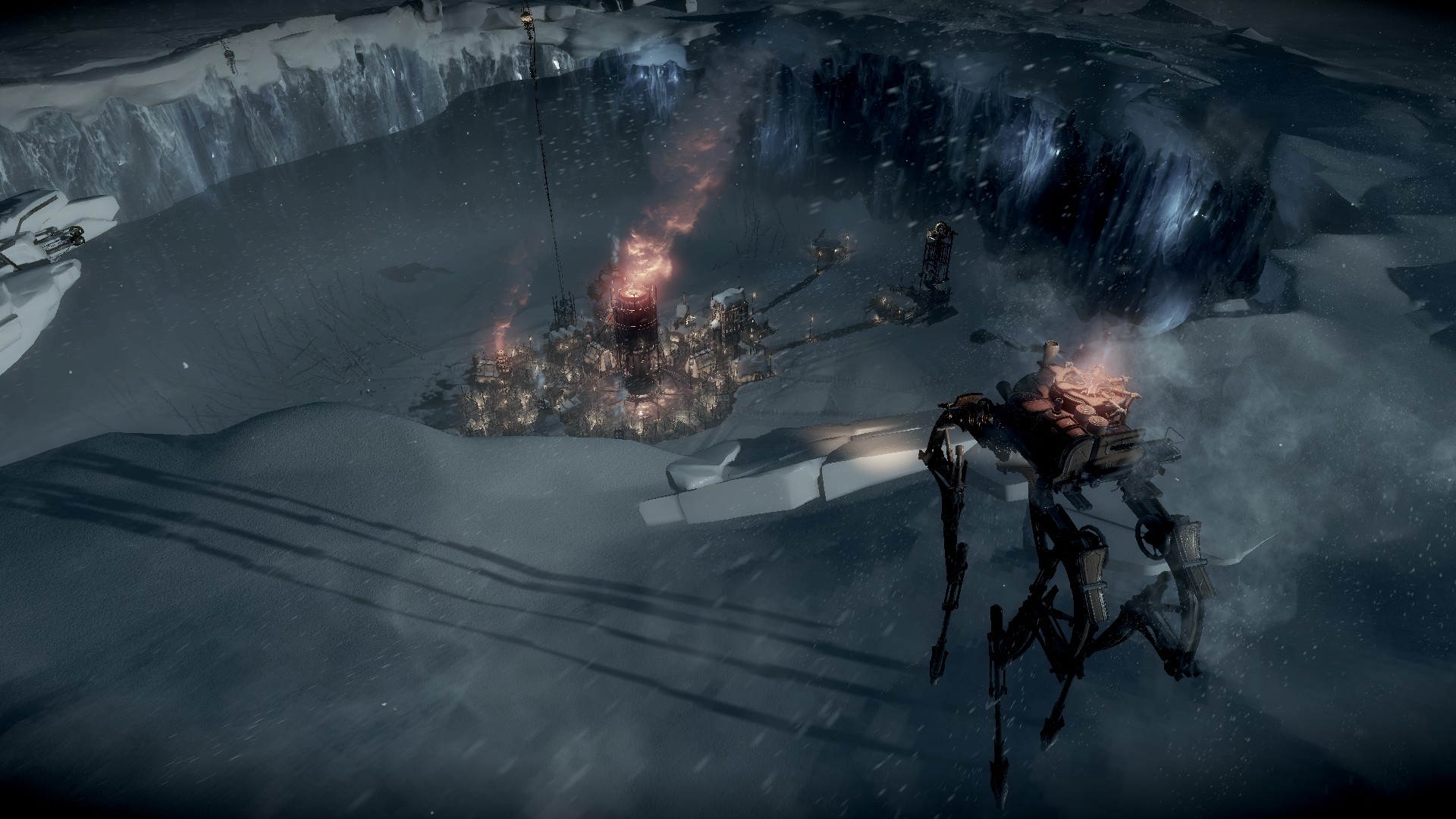 What is the content of this game?
Each scenario can be finished in 2-3 hours, depending on the chosen difficulty. There are 5 of them in total: easy, medium, hard, survivor and extreme. The survivor difficulty is pretty hard and doesn’t let you make even a little mistake, so you have to replay the scenario few times before starting it to develop a good strategy and anticipate the possible consequences. 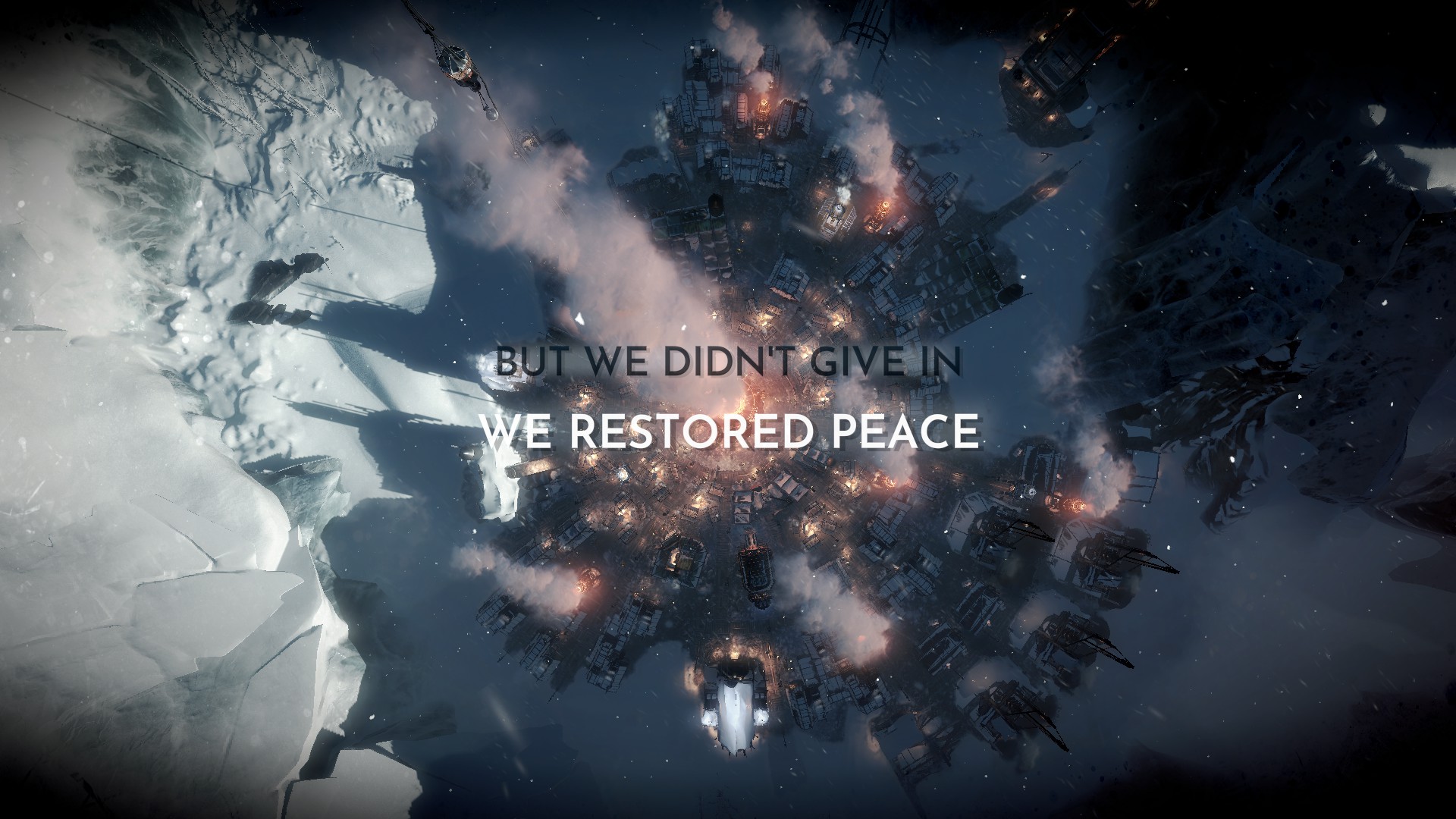 Frostpunk is a pretty challenging and gorgeous game with interesting concept. I would recommend it to anyone who likes survival or city building games. It’s now at 40% off on steam, contains trading cards and achievements.
https://store.steamp...3190/Frostpunk/